The website of the Constitutional Assembly of Sri Lanka was launched in October 2016, based on this framework resolution. 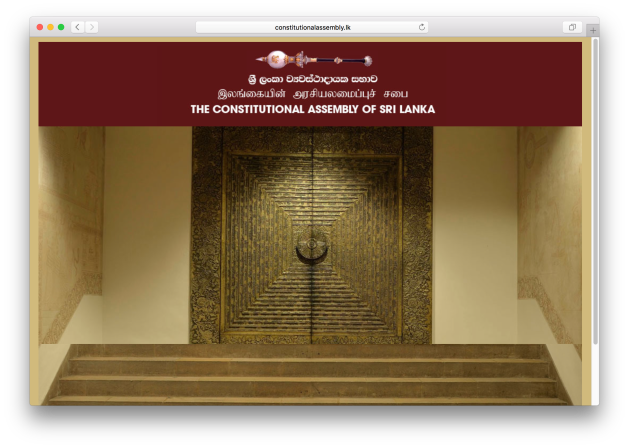 The site exists in Sinhala, Tamil and English. Just going by the size of the archives, it doesn’t seem to be the case that all the material in English, is there in Sinhala and Tamil, and indeed, all that’s present in Sinhala, is there in Tamil.

The first archive was taken on 18 October 2016. Download the archive in English, Tamil or Sinhala.

The second archive was on 12 December 2016. Download the archive (in all three languages) here.

The third archive was taken on 21 June 2017, and for the English version of the site only. Download it here.

Fourth archive was taken on 1 January 2018, and again for the English version of the site only. Download it here.

Fifth archive of the English, Tamil and Sinhala sites combined taken on 30 April 2018. Download here (note this is a 9Gb ZIP file).

7th archive of the English version of the site, taken 7 March 2019.

So in Sri Lanka, resettlement is under the same Ministry as Hindu Religious Affairs. Go figure. In any case, two tweets by renowned journalist Amantha Perera today prompted the archival of this website.

@groundviews @V_V_G @sanjanah new National Policy on Durable Solution for Conflict-affected Displacement, not sure if it's up on web

The document he refers to was actually on the Ministry website. The entire website’s archive can be downloaded from here. 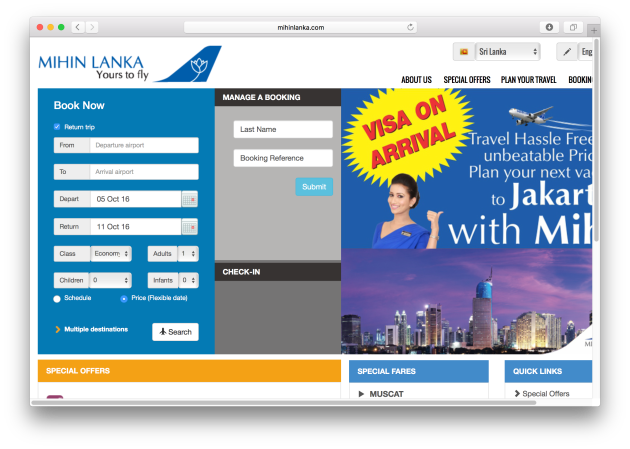 The sordid history of Mihin Lanka is well documented. In October 2016, it was announced that all flight operations would cease at the end of the month.

Mihin Lanka has decided to discontinue all flight and service operation from the 30th of October.

Download an archive of the site taken on 4 October 2016.